A month that went beyond grim - record rainfall, temperatures and wind and of course, storm 'Desmond'. 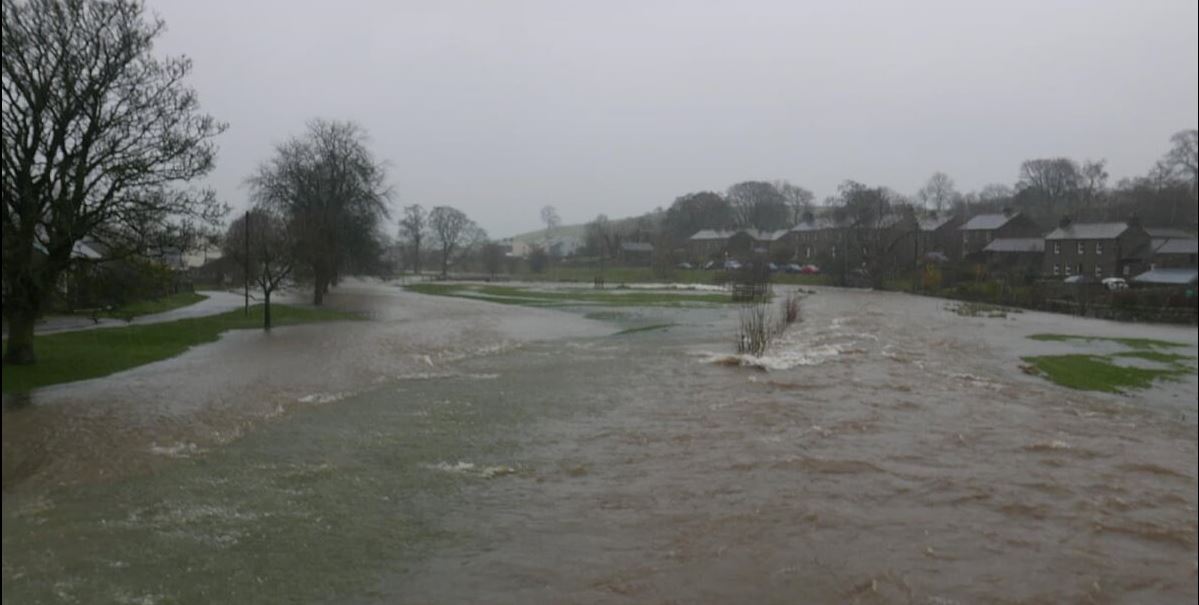 The floods, in the morning before it got bad!!     all photo's courtesy of Helen Marsh

December went beyond grim, a month that put its foot on your throat, pressed down hard, then a little harder and never had the decency to release the pressure even slightly, let alone take its foot from off your throat. Its impacts went beyond a 'weather event' and became a 'human story', one that simply will not be forgotten. A simply tiring and exhausting month.

The month was record breaking for all the wrong reasons, but for the record they are: the wettest of any month, the wettest 24hr (341.4 mm at Honister) and 48hr periods (405.0 mm at Thirlmere) (beating the records set in November 2009 and which were generally considered to be virtually impregnable).